Sustainable Stories No 5. The Urban Beehive

At Fish & Co we are dedicated to sustainability not only for seafood but also in business. We thought it would be interesting to share a little background on our sustainable partners so you could get to know a little more about the people and their businesses that makes it all possible for us to deliver our delicious sustainable experience here at Fish & Co.

We would love to hear what you think or on ways we can improve on connecting sustainable stories?

Where do you live?

Tell us a bit about yourself:

Vicky stared beekeeping 15 years ago and has worked in several areas around Australia. She began her career on Kangaroo Island; bee sanctuary and home to the Ligurian Honeybee.

Doug started in beekeeping a few years ago when he read about the worldwide bee decline and decided to do his bit by telling everybody who would listen that bees need our help.

Tell us about your business:

Internationally, bees are in drastic decline, with whole populations being destroyed overnight, as a result of introduced threats. Our ultimate goal in urban beekeeping is to help protect local bee populations against these threats; and to raise awareness of two in particular:

Threat #1
The parasite Varroa Destructor (more info here http://en.wikipedia.org/wiki/Varroa_destructor) is a flea-sized mite which attaches to bees, weakens them, and spreads a virus that can kill whole colonies. Varroa has devastated European honeybee populations in every country where it’s been introduced; an ecological solution is yet to be found, despite some countries having the mites present in beehives for over a decade.

Threat #2
A phenomenon called Colony Collapse Disorder (more info here http://en.wikipedia.org/wiki/Colony_collapse_disorder) is the second major killer. Its causes are still being debated today – pesticides, pathogens, environmental stresses have all been cited. Whatever the cause, it has resulted in worker bees mysteriously dying out, to a point where commercial hive numbers are dwindling, and wild European honeybees have all but disappeared. This is disturbing news for the natural pollination of crops; in fact, agriculturally, economically and ecologically — it’s catastrophic.

Australia – so far, so good
Australia is in the lucky position of being the last continent free of these destroyers. (Even New Zealand has Varroa.)

The Urban Beehive wants to put beehives all over Sydney – to boost natural pollination and to help maintain the genetic diversity of our honeybees before it’s too late.

We do this by capturing feral bee swarms to populate our beehives (where possible), rather than purchasing packaged bees or queen bees from breeders. In this way we help protect the wild bee genetic lines which need strengthening in case one day the worst happens and Varroa or some other pest infiltrates our borders. We’re also offering the community a service: re-housing honeybees which otherwise might be destroyed.

What are your longer term goals for the business?

Our next aim is to increase our education courses for which we recently teamed up with Centennial park, another aim is a mobile extraction plant to allow us to expand our reach to a wider area.

Who are your customers?

Anybody who likes good honey and would like to support bees.

What does ʻsustainabilityʼ mean to your business?

Everything we do is around supporting our bees health, we don’t use chemicals or feed our bees unless they just don’t have any other food source. Where possible we use local products in or hives, and have changed our operating area to group our hives and minimise driving between apiaries.

What is your businesses biggest achievement?

Our very first hive install at the Swiss Hotel in George st Sydney, folowed by the Royal Botanic Gardens in Sydney which is probably the place that bees entered Sydney back in the 1820’s

If you could chose, what would be your last meal and with who (dead or alive)?

I would love to have a meal with Lorenzo Langstroth and Rev Able Warre, so much is said about these two mens achievements it would be great to meet them and hear first hand what they were actually thinking and saying. 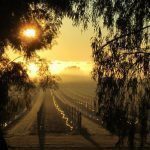