Australians love seafood. We love the oceans our seafood comes from. But while the average Australian now eats roughly double the amount of seafood we consumed in 1975, the amount of fish we can sustainably draw from our oceans for food hasn’t kept up.

To put the nearly 370,000 tonnes 2 of seafood we now consume every year on the Australian table, we now eat a greater variety of species, sourced from more locations, and produced using a growing array of methods. 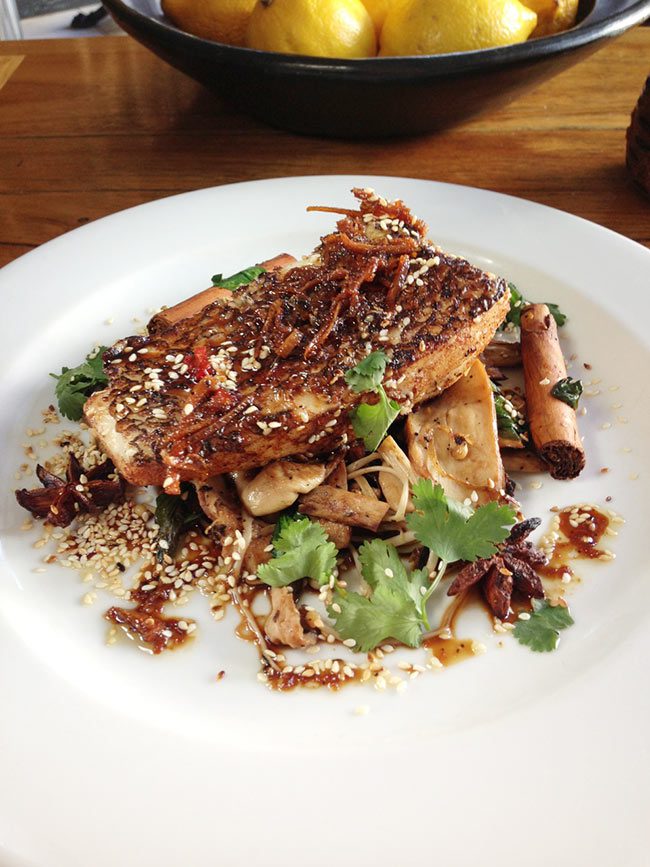 While that has no doubt improved our choices, it has also made them more complex.

Australians want to buy seafood that is good for our health, good for our oceans, and good for the livelihoods of the people who provide it for us.

Some of the seafood we eat is not a healthy choice, does damage to our marine environment, and is produced by people working under unfair conditions.

To make an informed choice, we need to know what fish we’re eating, where it came from, and how it was caught or farmed.

Most of the time when we buy seafood we are not given the information we need.

Australia’s labelling laws for seafood are inadequate, especially as they apply to restaurants.

The Label My Fish Alliance includes Australian consumers, fishers, chefs, and ocean lovers and are demanding new labeling laws that tell us, whenever we buy seafood:

For more information on the Label My Fish campaign visit: www.labelmyfish.com

Overfishing, pirate fishing, and destructive and unsustainable fishing methods are some of the main causes of the declining health of our oceans and the collapse of fish populations.

Our magnificent oceans are a source of life and livelihoods for wildlife and people all over the world. The production of seafood is critical to the fabric of numerous Australian coastal communities.
Making seafood available to eat is also considered to benefit public health.

While Australian consumption of seafood per person has roughly doubled since 1975 to an estimated total of nearly 370,000 tonnes a year, Australia’s domestic production has remained stable for the last two decades.

Not every seafood product on the market is a good choice for consumers. Giving the public more information about what fish they’re buying and eating will help our oceans and local fishers.

Due to the low productivity of our marine environment,  the prospect of expanding our wildcaught fisheries to provide more seafood to eat is minimal. As a result, Australia is a net importer of seafood, with an estimated 70 per cent of edible seafood now coming from overseas.

Seafood products are the most highly traded food commodity around the globe. 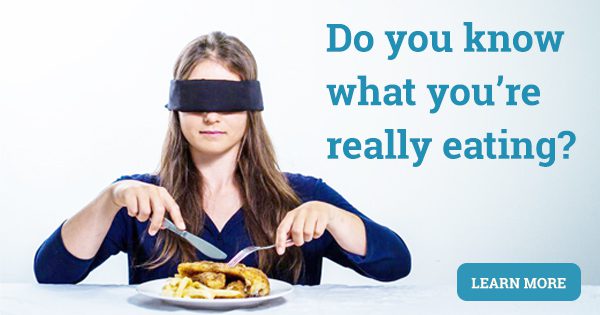 The way seafood is harvested directly impacts on the oceans and their ability to naturally replenish and be utilised into the future.

Each seafood product we consume differs in terms of how sustainable it is, whether it was produce ethically, and its impact on our health.

No fishery in the world is perfect, but many Australian fisheries, in particular Commonwealth, South Australian and Western Australian fisheries, have strong management relative to some of the neighbours from which we source our seafood. Because those Australian and overseas producers who have invested in fishing sustainably sell on the same market as others they are forced to compete directly, often at an economic disadvantage.

Accurate, comprehensive seafood labelling is fundamental to ensure consumers know exactly what we are buying and eating. It helps to maintain control and understanding of supply chains, protects public health, encourages the sustainable use of fisheries’ resources and helps to provide food security into the future.

Australians deserve to be told exactly what seafood they are buying. With proper, clear labelling we are likely to eat a greater variety of fish, favour more sustainable local catch, improve our health, and live in a healthier environment.

What must be disclosed on seafood labels now?

Right now, seafood sellers don’t have to tell us very much at all

The current legal requirements for labelling of seafood in Australia stem from a variety of laws at federal and state levels, forming a patchwork of inadequate and confusing legislation and regulations.

Federal laws require that retailers which sell unpackaged seafood, such as in fresh seafood shops, must at minimum state whether the product is local or imported or a mix of the two.

Packaged seafood must be labelled with the so-called ‘country of origin’, and there are more rigorous requirements for what may be labelled a ‘product of Australia’.

Unfortunately, ‘country of origin’ in this case may not refer in any meaningful way to the origin of the seafood ingredients contained in the product. Instead it might refer to the country where the fish was landed or processed, or where most value was added though manufacturing. 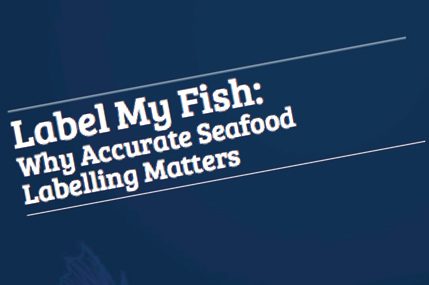 The food service industry, including fish and chip shops, cafes and restaurants, is required to provide even less information to customers.

In all Australian jurisdictions except the Northern Territory, the food service industry is exempt from ‘country of origin’ labelling. This means, for example, restaurants don’t have to write on their menus whether their seafood is Australian or imported.

Northern Territory laws require that imported seafood, prepared for immediate consumption, must be labelled as ‘imported’ – but the source country is not required.

Seafood labelling of the kinds of fish species on sale

It is not mandatory anywhere in Australia to use consistent fish names where seafood is sold.

The only legal requirement for species labelling is that any identification must be a true representation of the product. It is therefore legal, for example, to label any number of species as ‘white fish’. This provides consumers with no useful information because ‘white fish’ is obviously not a species of fish.

The public is often in the dark when it comes to choosing what seafood to buy. Without effective labelling we have little way of knowing where our seafood comes from, whether it is sustainable, if the workers who caught it were treated fairly or whether it is good or bad for our health.

Australia has a Fish Names Standard which is designed to reduce confusion and ensure standard names are used for seafood products. This is referred to in the Australia New Zealand Food Standards Code; however, it is not mandatory to follow the standard.

To add to this inadequacy, parts of the Australian Fish Names Standard are so broad as to be ineffectual. The standard often allows a large number of species to be labelled with the same name, which is inherently misleading.

Australians deserve seafood labelling laws like those in the EU

As in Australia, European seafood consumption is heavily reliant on imports13. The European seafood market is much larger and more complex than Australia’s because of the range of cultural and economic conditions that prevail in EU member states. Australian authorities are fortunate that such a jurisdiction has already implemented good seafood labelling laws which provide a model for how it can be done.

There is therefore no practical impediment in Australia to adopting similar laws to those enjoyed by citizens of the EU.

How can we all participate and make a difference

Knowledge and action. By understanding why we need clear seafood labeling is the start. We need our laws to change and be mandatory so we can stop shady practices and be able to make the right choices at time of purchase. You can ad your name to the Label My Fish campaign right now. We can continue to follow Mathew Evans on SBS “What’s the catch?” and through the combined websites of The Marine Conservation Society, Label My Fish, Sea-life Trust, and here at Fish & Co by eating sustainable seafood in our cafe or through Sustainable Seafood wet fish sales.

We can also help promote this campaign in our schools and further educate ourselves and our children by simple things like learning to label fish parts or guides to label a fish for kids. One of the greater issues is also the importance of labeling

At Fish & Co we are proud to be a part of the two different campaigns Label My Fish and SBS “What’s the Catch”. We believe with all our combined efforts now is the time for all of us to make a difference for the seafood we love so much.

Please join the conversation by leaving a comment below. 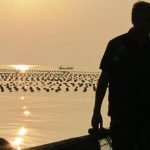 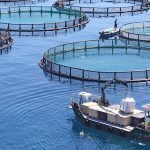 Things you need to know about farmed fishSustainable seafood