Why We Aren’t Able To Buy All Australian Sustainable Seafood

We often hear this discussion and from time time are asked why our menu isn’t mainly filled with all Australian Sustainable Seafood? There is a quick answer, however to understand this problem we need to go further.

To open up this discussion we need to understand our seafood trade and that we as Australians love seafood. We eat more and more of it each year, which is great as fish are a healthy source of protein and essential fatty acids and are recommended as an important part of a good diet (Heart Foundation 2008; NHRMC 2013).

We have the world’s third largest Exclusive Economic Zone, which generally extends 200 nautical miles out from the Australian coast. The fisheries resources in these waters are reserved almost exclusively for our fishing fleets. However, our waters are not very productive by world standards. Unlike other countries, the Australian continent does not have large offshore upwellings or sufficient runoff from the landmass to provide nutrients that naturally support larger fish stocks (Hobday et al. 2006).

Australia’s seafood comes from a combination of wild capture and aquaculture sources. Although the levels of Australian aquaculture and wild capture production have changed over the last 20 years, the total volume of seafood production (edible and non-edible) has remained relatively stable, ranging between 280 000 and 220 000 tonnes per annum.

Australia’s fisheries are managed sustainably and for optimum yield, but they provide limited opportunities for increasing catch—unless new fisheries are developed for species that have limited markets today or are currently uneconomical to fish. Looking forward, it is clear that there are limits to the growth of Australia’s wild capture fisheries. Aquaculture output in Australia continues to increase but faces strong competition from rapidly expanding Asian operations.

Much of Australia’s seafood is exported as high-value premium product. It has been estimated that around 70 per cent of the edible seafood we consume (by weight) is imported from Asia, New Zealand and elsewhere (Ruello 2011). Australia is not unusual in this regard. Most advanced economies, even those with substantial fishing traditions, are net importers of seafood.

Over the last decade, Australians consumption of seafood has increased with an average of 15 kilograms (process weight) per person in 2012-13 compared to 13 kilograms per person during 2000-2001. (Stephan and Hobsbawn 2014)  In 2012-13 Australia exported around 35 000 tonnes of edible seafood products and imported around 228 000 tonnes of mostly processed seafood products. While most of the seafood products are for human consumption a sizeable proportion, around 39 000 tonnes, are used for things like pet food, fish meal and fish oil used for livestock and agriculture feed. Australia’s consumer demand exceeds the supply of current domestic production with imports accounting for 66 percent of domestic consumption.

Australia’s wild fisheries production is limited by the relatively low natural productivity of our marine waters. In the long term, domestic aquaculture would need to expand to meet the deficit. Australian consumers’ requirements for inexpensive, boneless, skinless white fish fillets means that the industry would have to develop considerable capability in order to meet the supply. In the foreseeable future, as with many other advanced economies, seafood imports will continue to be necessary to meet the domestic demands of Australians. (Dundas-Smith & Huggan 2006)

Historically, Australia has been a net importer of seafood and fishery products in volume but has exported more in the terms of value. Australia exports are predominantly high value products such as rock lobster, abalone and premium tuna. Imports on the other hand consist mainly of frozen fish fillets and canned fish.

Developed countries such as the United Kingdom, United States and Japan are all net importers of seafood products, together taking over half of all global imports. (FAO 2014). Seafood consumption is considerably higher in the developed world as is the costs of production and environmental standards which constrains aquaculture production.

While we have the third largest fishing zone in the world, covering an area larger than the Australian mainland, Australian fisheries do not harvest as much fish as some other countries. In many cases other countries have more productive fishing grounds which enable larger volumes to be harvested. Some overseas producers also have lower environmental standards compared to Australia which allows for higher yields, at least in the short term. However, if fishing is not done in a sustainable way ecosystems can become degraded, catch compositions can change, catches of many stocks will eventually decline, species can become threatened and the benefits derived from fishing can decrease.

Increasing production in Australian wild capture fisheries is limited by strict management arrangements put in place to maintain fish stocks at sustainable levels. Production volumes in wild-capture fisheries have remained steady over the last five years and production is not predicted to increase considerably, although there is some scope for growth in some fisheries if the costs of fishing fall or fish prices increase.

Australian aquaculture production is expanding in volume terms. This expansion is mostly driven by a significant increase in salmon production.

What are the alternatives to Farmed Fish?

Here’s one solution to the farmed fish dilemma: vote with your pocketbook and eat less seafood or give it up completely. Get your omega-3’s from flax, hemp, soy, or walnuts – all without cholesterol or mercury. And just maybe, as George W. Bush hoped in a moment of unintended comedy, “the human being and fish can coexist peacefully.

While Mind Body Green has their solution to not eating Farmed fish, we at Fish & Co, and all our sustainable partners, would like to believe its not to late to save and work with wild caught fish to ensure we all prosper now and into the future. The first thing we need to do here in Australia is to be educated as consumers with excellent programs like “Whats the Catch?” and then to ensure we effect policy change at the highest levels which you can do right now with the “Label My Fish” campaign.

Label my fish campaign: Australian seafood labelling laws are ’embarrassing … – Sydney Morning Herald It is spearheading the Label My Fish campaign – backed by celebrity chefs, academics, and Taronga Zoo and Zoos Victoria – that says clearer labelling will encourage the use of sustainable fishing methods, boost the local fishing industry and lift …

We believe the only way forward is for you to know what seafood you are eating.

As you can see there are many reasons why we are unable at present to increase the number of Sustainable Australian Species served here at Fish & Co. Price is the greatest barrier even though our customers love the sustainable chain of custody, being able to actively engage in the debate and enjoy the value and flavour that Sustainable Seafood offers when done well.

At Fish & Co we are constantly looking at ways to raise this value by exploring new species as they come to market, working on new recipes to strike the best possible balance.

Content for this article originates from – Department of Agriculture 2013, Australia’s seafood trade. CC BY 3.0, available at daff.gov.au

We have many articles on these topics. Its important for all of us to understand what is happening in our oceans in order to make the best informed decisions to preserve this incredible resource for generations to come. If you would like to know more or have anything you would like to ad to the conversation please leave a comment below. 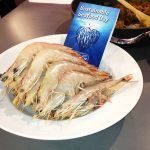 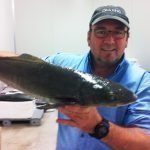