Sustainable seafood news from around the world.

UK sales of alternative fish and more sustainable species have risen sharply over the last year.

At Fish & Co. The sustainable seafood cafe in Annandale we use many alternative species on our menu.  Fish such as mackerel, Sardines, leather jacket and gurnard and sea mullet  are regular features.  These are fish that are fast producing and fast maturing and have a high biomass ( which means there are lots of them.)

To support the future of the oceans it is important to make sustainable choices and use some of these alternative species.

In the UK there has been a huge increase in the awareness of seafood sustainability and the cooking of lesser-known fish species UK supermarkets reported on Wednesday.
The report entitled the Future with our fish

Following a year of high-profile awareness campaigns to encourage take-up of sustainable fish, Sainsbury’s has seen a surge of as much as 117% in sales of lesser-known fish species across the UK this year compared to 2011. It says sales of seabass are up by 57%, fresh pollack by 15%, trout by 29% The report,

M&S is also reporting higher than expected sales of hake which it is now planning to introduce in more stores. The supermarket, which has also recently put south coast dab on its shelves, says its hake is sourced from an Marine Stewardship Council-approved fishery in South Africa.

The MSC certified Hake is also a firm favourite on the Fish & Co.  menu. The firm white fleshed fish can be used in a number of ways and features in our fish pie with baby spinach and shredded potatoes as well as the fish of the day served with a warm tomato and shallot dressing

Tesco has singled out the success of pouting, which is related to cod but relatively unknown, where sales have leaped by a staggering 273%. Other significant sales increases for fish caught from sustainable sources have been dab (up 120%), gurnard (up 100%) and whole sea bream (up 50%). Morrisons has also reported strong sales of fish sourced from Cornwall and Devon, including John Dory, red gurnard and dab.

Last year the cook and Guardian writer Hugh Fearnley-Whittingstall led the Fish Fight campaign backed by chefs such as Jamie Oliver, which aimed to encourage consumers to reduce over-fishing by switching to less popular but sustainable fish.

M&S fish buyer, Chloe Gray, said: “It’s great to see our customers are venturing away from their usual fish suppers and trying something new. Perhaps it’s the ‘Hugh’ effect which is encouraging them to experiment with lesser known species.”

Encouraging consumers away from the “Big 5” fish

The initiative – along with several other high-profile campaigns in the UK over the last year – has sought to raise awareness of sustainable fish among consumers, encouraging people to buy alternative types of fish that are more abundant in our oceans than the traditionally popular ‘Big 5’ species – cod, haddock, tuna, salmon and prawns.

Shoppers have been invited to try the lesser-known types of fish for free, while recipe cards, online tutorials and roadshows have demonstrated how to cook with them.  And the campaign is clearly having great results, as a major new study launched by Sainsbury’s last week has revealed.

Although it seems it wasn’t just the ‘alternative’ fish that did well last year, it is clear that consumers are beginning to become more aware of fish that might be more sustainable. In fact, the report predicts that by 2030 over half of all fish products sold in the UK will be outside of the Big 5 (compared to only 20% at the moment).

Through its campaign and its report, Sainsbury’s is aiming to ‘encourage more consumers to vary the fish and seafood in their diet.

The important work of these awareness campaigns in the UK shows that the sustainable message is gradually seeping into the thoughts of the people.  Around the world different people are going about the issues of  seafood sustainability in creative ways.

Best wishes from Tom Kime and all the team at Fish & Co.  The sustainable seafood cafe in Sydney

Come and see for yourself that there are certainly more types of fish in the sea that are delicious.  If we look after the oceans and choose some alternatives then ‘there may be more fish in the sea’ 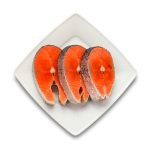